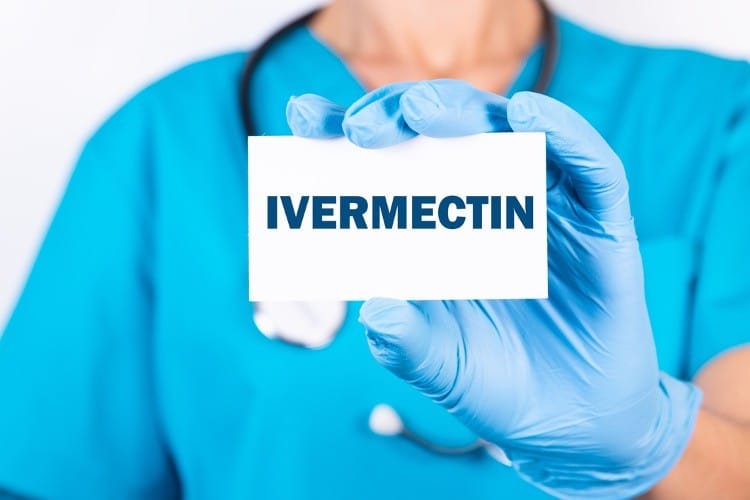 Three physicians have filed a lawsuit against the U.S. Food and Drug Administration (FDA) this month for the agency’s “crusade” against ivermectin as a treatment for Covid-19. The lawsuit contends the FDA “unlawfully interfered” with the doctors’ ability to practice medicine by directing the public, health professionals, and patients not to use ivermectin.

According to the lawsuit, the FDA acted outside of its authority, which is limited to approving drugs and drug labeling.

“The FDA generally cannot ban particular use of human drugs once they are otherwise approved and admitted to the market, even if such use differs from the labeling — commonly referred to as “off-label” use,” the lawsuit reads. “The FDA also cannot advise whether a patient should take an approved drug for a particular purpose. Those decisions fall within the scope of the doctor-patient relationship. Attempts by the FDA to influence or intervene in the doctor-patient relationship amount to interference with the practice of medicine, the regulation of which is — and always has been — reserved to states.”

The lawsuit specifically cites an FDA publication titled, “Why You Should Not Use Ivermectin to Treat or Prevent COVID-19” and several tweets from the FDA discouraging the use of ivermectin as examples of FDA interference.

The tweet is intentionally misleading, as ivermectin has, in fact, been approved by the FDA for human use. Newsmax reported that though ivermectin was developed in the 1970s as a treatment for parasitic diseases in livestock, it became hailed as a “wonder drug” and received approval for human use against diseases such as river blindness. The Epoch Times observed it has been used widely since 1987, even earning William Campbell and Satoshi Omura the 2015 Nobel Prize in Physiology or Medicine for their research on the drug.

The plaintiffs contend that the FDA’s unlawful interference in the practice of medicine creates a dangerous precedent that will “metastasize to other circumstances, destroying the carefully constructed statutory wall between federal and state regulatory powers, and between the FDA and the professional judgement of health professionals.”

The plaintiffs have seen first-hand the dangers that this interference can create.

“Doctors are increasingly employees of entities that look to the FDA for guidance and enforce standards accordingly,” the lawsuit argues.

As such, despite the plaintiffs’ extensive academic and professional credentials, all of which are outlined in the lawsuit, they all faced disciplinary action for treating their patients with ivermectin.

Dr. Apter, despite his 99.8-percent success rate in treating Covid-19 patients, was referred to the Washington Medical Commission and Arizona Medical Board for disciplinary proceedings for prescribing ivermectin as part of his Covid treatment, The Epoch Times report.

Apter asserted in a press release that the FDA’s treatment of ivermectin has resulted in disciplinary actions against doctors and inhibited physician freedom to treat patients according to their best judgment, resulting in more deaths and serious disabilities. He adds the FDA’s interference has been so overreaching that even pharmacies have refused to fill ivermectin prescriptions.

Bowden told The Defender that she initially supported the widespread vaccines for Covid until she noticed the prevalence of breakthrough cases and adverse reactions to the vaccine.

“If I hadn’t see that firsthand,” she said, referring to the adverse reactions, “I would still think the vaccine was the way to go.”

Prompted by the realization that the vaccines were not the answer to the pandemic, Bowden created her own Covid protocol, which includes ivermectin, vitamins C and D, quercetin, zinc, and blackseed oil. She said the results were excellent.

Similarly, Dr. Paul Marik developed a Covid-19 Management Protocol for the Eastern Virginia Medical School (EVMS) in Norfolk, Virginia, where he worked from 2009 to 2021. Dr. Marik also served as director of the intensive care unit at Sentara Norfolk General Hospital until he was forced out of both positions for promoting the use of ivermectin to treat Covid-19.

Marik contends that the FDA’s attempt to stop the use of ivermectin for Covid has “led to innumerable hospitalizations and deaths, and caused extreme distress for patients, their families, and health professionals.”

The plaintiffs’ successes in treating Covid-19 with ivermectin are not unique to them. Studies continue to show the drug is associated with lower Covid-19 death rates, but ivermectin continues to be demonized by the FDA and the mainstream media.

Despite the evidence that ivermectin is a viable treatment for Covid-19, the plaintiffs contend the lawsuit is not about the drug’s effectiveness, but about “who determines the appropriate treatment for each unique patient and whether the FDA can interfere with that process.”

The lawsuit argues the FDA acted in violation of the Federal Food, Drug, and Cosmetic Act (FDCA), which expressly states that nothing in the FDCA “shall be construed to limit or interfere with the authority of a health care practitioner to prescribe or administer any legally marketed device for any condition or disease within a legitimate health care practitioner-patient relationship.”

The plaintiffs are asking the court to hold the FDA’s actions unlawful, issue declaratory relief declaring the Defendants’ actions unlawful, and issue declaratory relief declaring that the FDA cannot interfere with the practice of medicine. The lawsuit also asks for injunctive relief enjoining all defendants from engaging in such actions as to interfere with the practice of medicine and issue statements or directives dictating the off-label use of ivermectin. Plaintiffs are also seeking attorney fees and allowable costs, and any further relief “to which they are justly entitled at law and in equity.”

Raven Clabough was born and raised in Brooklyn, New York, and is the oldest of five children. She acquired both her bachelor’s and master’s degrees in English at the University of Albany in upstate New York. She currently lives in Pennsylvania with her husband and two children and has been a writer for TNA since January 2010.