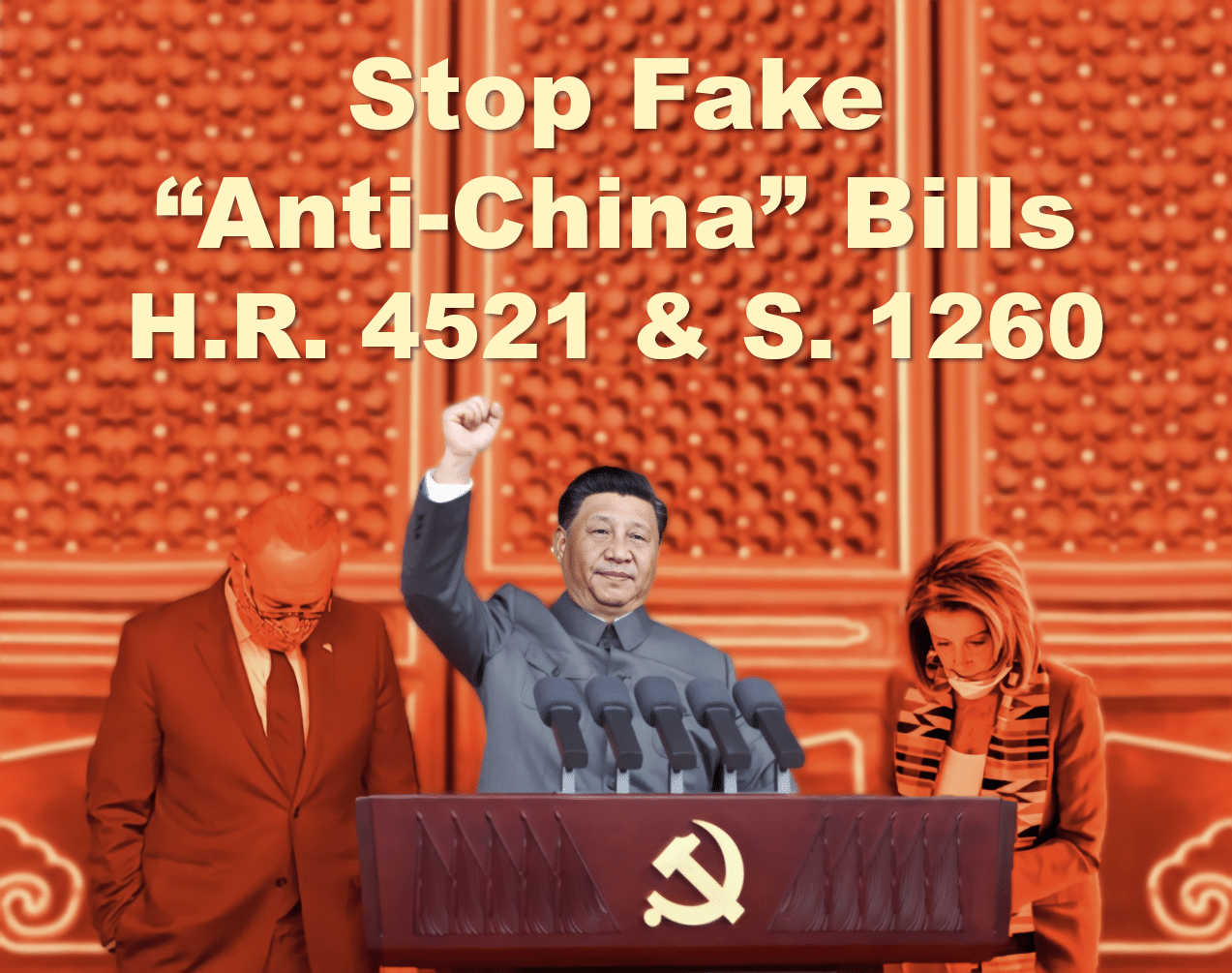 URGENT; ACT NOW: While the Deep State is distracting Americans with Russia’s invasion of Ukraine, it is pushing a major so-called “anti-China” bill in Congress that, if enacted, would actually benefit Communist China while advancing the Left’s Marxist agenda.

In the Senate, S. 1260, titled the “United States Innovation and Competition Act,” is sponsored by Senator Chuck Schumer (D-N.Y.) and is cosponsored by 13 senators, including seven Republicans and six Democrats. On June 8, 2021, the Senate passed S. 1260 by a vote of 68-32.

On Wednesday, March 23, the Senate voted to begin the process of reconciling the House and Senate bills. An agreement and final votes could be imminent.

In an interview (video below) with The New American, U.S. Representative Kat Cammack (R-Fl.) highlighted the threat H.R. 4521 poses to American liberty and national security:

…[W]e’re not surprised that the Democrats have become … supportive and advocates of the Chinese Communist Party. After all, the liberal Left wants to create a Communist-socialist utopia here at home.

Representative Cammack is right, and H.R. 4521 is particularly egregious. Among multiple other provisions, the bill:

S. 1260, the Senate version, is nearly as harmful to U.S. interests. In addition to failing to include substantive anti-CCP provisions, the bill provides billions in wasteful, unrelated spending. And as with the House-passed bill, nearly all of S. 1260’s spending is unconstitutional.

It is imperative that neither H.R. 4521, S. 1260, nor a mix of the two versions get enacted. Rather than countering Communist China, they enable the totalitarian regime while also advancing a Marxist agenda at home. Tell your U.S. representative and senators to oppose H.R. 4521 and S. 1260.

Although we provide a way to easily email legislators, we know from long experience that it takes a lot more interaction with your legislators to get your point across than that provided by emails alone.

That's why we provide an easy way not only to email them, but to contact them by phone, tweet, and even video message them.