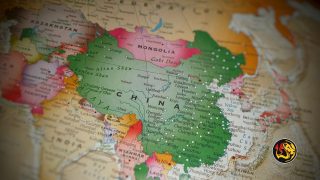 (Worthy News) - While several nations began to reopen after months of lockdowns, China put a whopping 108 million people under a stay-at-home order.

In an abrupt reversal of the re-opening taking place across the nation of roughly 1.4 billion people, cities in its Jilin province cut off trains and buses, shut schools and quarantined tens of thousands of people on Monday.

The highest-ranking Communist Party official in Jilin’s city of Shulan was reportedly removed with five other government officials as a result of the new outbreak.

But restrictive measures to curtail the new outbreak have reportedly upset residents who thought the worst of the Communist country's pandemic was over.

People “are feeling more cautious again,” explained Fan Pai. She works at a trading company in Shenyang, a city in nearby Liaoning province that’s also facing renewed restrictions. “Children playing outside are wearing masks again,” and health care workers are walking around in protective gear, she added. “It’s frustrating because you don’t know when it will end, ” the resident told Bloomberg news agency.

The cluster of 34 infections isn’t growing as quickly as the outbreak in Wuhan, which started the global pandemic last December, reports said.

But commentators noted that China’s swift reaction reflects its fear of a second infection wave after it curbed the virus’s spread at a high economic and social cost.

Health officials say the latest reported infections may be linked to people returning from Russia, which currently has the second-highest number of coronavirus cases in the world, with more than 290,000 reported.

Chinese authorities claim lockdowns in Wuhan city beginning in January helped keep the virus in China confined mainly to the Hubei province. But several health experts have warned about a resurgence in infections if lockdowns were lifted too soon.

Last week, Wuhan reported in six new cases, breaking a 35-day streak of zero new daily coronavirus cases. The government in the city has not reimposed a lockdown but says it is currently testing all 11 million residents.

See this story at https://www.worthynews.com/50381-china-108-million-people-in-lockdown-as-virus-spreads-again