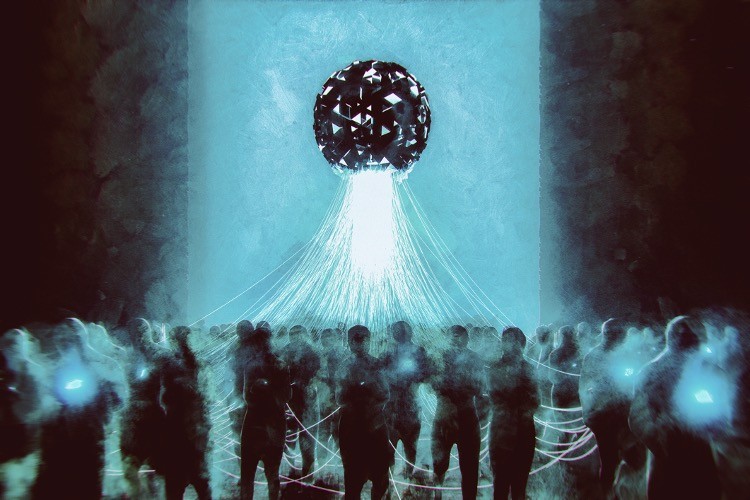 Department of Homeland Security (DHS) chief Alejandro Mayorkas announced to Congress Wednesday that DHS has established a “disinformation governance board” to ensure election security and prevent misinformation from being used ahead of the upcoming midterm elections. The board will use the weight of DHS to fight “misinformation” but promises to protect “free speech, privacy, and civil rights.”

The announcement came as Mayorkas was answering questions from lawmakers. Invoking the bogeyman of previous “Russian interference” in the 2020 elections, Representative Jim Langevin (D-R.I.) asked the DHS chief what the department was doing to prevent misinformation from skewing the 2022 midterms. Mayorkas said, “We have just established a disinformation governance board in the Department of Homeland Security to more effectively combat this threat, not only to election security but to our homeland security.” He added that the board will also work to stop the spread of misinformation in “minority communities.”

The board will be under the executive direction of Nina Jankowicz — a “Russian disinformation” expert who served as a Disinformation Fellow at the Woodrow Wilson Center for International Scholars in Washington, D.C. It is noteworthy that Jankowicz ticks off several of the Left’s important boxes.

She is not only a woman, but she appears to be a woman who hates men. She is the author of How to Be A Woman Online: Surviving Abuse and Harassment, and How to Fight Back. If the title alone is not enough, she recently tweeted this excerpt:

Men “burst violently into your mentions and your life like the Kool-aid man, demanding your attention, hawking opinions that they believe are unarguably, manifestly correct and indispensable.”

She also blindly regurgitated the now-debunked idea that the “laptop from Hell” — with data showing Biden connections to Ukrainian corruption and a “pay for play” scheme featuring then-Vice President Biden — was (say it with me) “Russian Disinformation.”

During the final presidential debate between Trump and Biden, she tweeted:

Back on the “laptop from hell,” apparently- Biden notes 50 former natsec officials and 5 former CIA heads that believe the laptop is a Russian influence op.

Now that she has been elevated to her new position as “Arbiter of All Truth,” Jankowicz is feeding that tweet through the spin machine on a double-rinse cycle. Immediately after her appointment was announced, she tweeted:

For those who believe this tweet is a key to all my views, it is simply a direct quote from both candidates during the final presidential debate. If you look at my timeline, you will see I was livetweeting that evening.

And while she can point to the fact that she was “livetweeting” during the debate, that point does nothing to change the fact that the “laptop from Hell” tweet was a tacit endorsement of Biden’s claim. As evidence of that, the next morning — after time to reflect and not while “livetweeting” — Jankowicz tweeted her analysis of the “election security section of the debate,” writing:

I was thinking of pitching a quick piece about the election security section of the debate, but I realized it can be summed up in a tweet:

The other spouted convaluted [sic] conspiracies.

To be fair, in retrospect, what Jankowicz tweeted is true — she just had the roles reversed. And lest there be any confusion on that point, her time spent “livetweeting” the night before was spent spewing snarky comments about almost anything Trump said and gushing about almost anything Biden said.

Also, her “livetweeting” excuse falls apart as soon as one realizes that she sent a total of six tweets during the debate, so it is not as if she were transcribing the debate for people who have access to the Internet but for some inexplicable reason, couldn’t watch the debate for themselves.

Jankowicz is also an enemy of free speech, which should go a long way in a job where she will have the authority to silence those with whom she finds fault. On April 25 — while waiting in the wings for the announcement of her appointment as Arbiter of All Truth — she tweeted about “free speech absolutists” making her “shudder,” writing:

And by couching her disdain for free speech in terms of support for women and other “marginalized communities,” Jankowicz muddies the water of logic and reason while ticking off another box beloved by the Left. She is a rabid pro-fill-in-the-blank-of-victimhood, bleeding-heart liberal.

Aside from being a woman who appears to hate men, someone who regurgitates Party Line lies, an enemy of free speech, and a bleeding-heart liberal, Jankowicz also goes wherever the political wind blows her. In September of 2017, she wrote an almost coherent op/ed piece for the New York Times under the headline, “The Only Way to Defend Against Russia’s Information War.”

Before reading on, remind yourself that this topic is her area of “expertise.”

Spewing affirmations of Russian interference in the presidential election (after all, how else to explain the election of Donald Trump?), Jankowicz laments the sad state of people falling for “Russian disinformation,” writing:

On Sept. 14, Molly McKew, a writer and consultant who describes herself as an “information warfare expert,” testified before Congress that these “media outlets” and others “deep within the shadow space” have infected America. In response, Ms. McKew would have us “develop a rapid response capability for irregular information warfare” to “secure our information space.” She also recommended more regulation for social media.

What no one seems to care to discuss is the people who are targets of Russian disinformation, why its narratives find fertile ground among them and what can be done to change that.

According to the Pew Research Center, only 20 percent of Americans trust their government. The same low percentage has “a lot” of trust in the national news media. It’s impossible to say definitively what causes this mistrust, but its growth has coincided with the rise of both the adrenaline-driven internet news cycle and the dying of local journalism over the past two decades. Without news that connects people to their town councils or county fair, or stories that analyze how federal policies affect local businesses, people are left with news about big banks in New York and dirty politics in Washington.

Readers compare this coverage with their dwindling bank balances and crumbling infrastructure and feel disconnected and disenfranchised, and latch onto something — anything — that speaks to them. That might be President Trump’s tweets. Or dubious “news” from an extreme right- or left-wing site might ring true. Or they might turn to Russian disinformation, which exploits this trust gap.

Jankowicz blames the spread of “Russian disinformation” (which has been shown to be nearly nonexistent, by the way) on “the rise of both the adrenaline-driven internet news cycle and the dying of local journalism over the past two decades” as if a lack of reporting on “news that connects people to their town councils or county fair” leave people vulnerable to a conspiracy between Trump and Putin to skew the election.

But as bad as all that is (and it is bad), her solution in 2017 is simply amazingly, mind-numbingly worse:

The fight starts in people’s minds, and the molding of them. In K-12 curriculums, states should encourage a widespread refocusing on critical reading and analysis skills for the digital age. Introductory seminars at universities should include a crash course in sourcing and emotional manipulation in the media. Similar courses could be created as professional development for adults, beginning with state employees. Large corporations could be offered government incentives to participate, too.

She cites a program by IREX, a nongovernmental organization operating in Ukraine (which at the time was just breaking free from Biden’s financial manipulation) and a similar program in Finland as evidence that what Americans lack is basic critical thinking and reading comprehension skills.

And while that may be true, her solution is insane:

The American government should also work to level the information playing field, increasing its investment in public broadcasters and demanding a hefty financial commitment from companies like Facebook and Twitter — the unwitting agents of Russia’s information war — to support the proliferation of local, citizen-focused journalism. If social networks are unwilling to be the arbiters of truth (despite 45 percent of American adults’ getting news from Facebook), they should at the very least provide grants to reporters who cover the local issues that most immediately affect people’s lives and donate advertising to small outlets that cannot compete with national media giants.

And — evidencing the fact that in 2017, Jankowicz could have no idea that in 2022 she would be leading a “disinformation governance board” under the authority of the Department of Homeland Security — she wrote:

All is not lost. Disinformation can be defeated without the establishment of a shiny new initiative cased in the language of Cold War 2.0. Instead of “rapid information operations,” the United States should work to systematically rebuild analytical skills across the American population and invest in the media to ensure that it is driven by truth, not clicks.

So, in 2017, with Trump in the White House, she eschewed “regulation for social media” and other heavy-handed government measures. But that was then, this is now.

Let’s see how long it takes for her to forget her words from 2017 and begin “a shiny new initiative cased in the language of Cold War 2.0” that features “rapid information operations” to quash what she and her fellow arbiters of truth deem false. And remember, that designation will not be based on truth, but on partisan political expediency.

Aside from the fact that this “disinformation governance board” sounds eerily like it could be the backstory for the “Ministry of Truth” from Orwell’s 1984, the immediate concern is such a heavy-handed government board — with the weight of DHS behind it — deciding for us what differentiates information from disinformation. After all the Deep State is unconcerned with what is true; the only concern is finding what can used to manipulate people and elections.

To put DHS — a department so deeply Deep State that it nearly defines the term — in charge of ensuring election integrity and preventing misinformation from being used to sway elections is a farce of epic proportions. To compare it to putting the fox in charge of the henhouse is an affront to foxes everywhere.

After all, these are the same types of folks (and, in some cases the very folks) who called Hunter Biden’s laptop “Russian disinformation” and who rapidly changed the meaning of “disinformation” as soon as the facts of their Covid mandates came under such scrutiny that they could no longer stand.

Make no mistake, the American Ministry of Truth is being operated by the very people who skewed the 2020 election by blocking — as “disinformation” — real news stories that would have likely cost Biden the election.

C. Mitchell Shaw is a freelance writer and public speaker who addresses a range of topics related to liberty and the U.S. Constitution. A strong privacy advocate, he was a privacy nerd before it was cool.