By Bob Dill - Publisher of The Times Examiner
Published: 03 June 2021 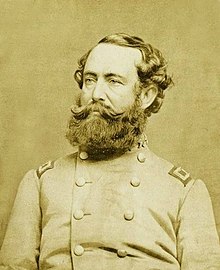 General Wade Hampton and his family, as did other South Carolinians following the war, found themselves economically worse off than the pre-war slaves.

“The people, both black and white, were left to starve,” wrote William Gilmore Simms, the well-known author who experienced the horror following the surrender of General Lee to Gen. Grant.

“The only means of subsistence to thousands but lately in affluence was the garbage left by the abandoned camps of the Federal Army and stray corn scraped up from the spots where army horses and mules had been fed.”

Simms concludes: “But no language can describe the suffering which prevailed… when pride compels them to starve in silence.”

By Bob Dill - Publisher of The Times Examiner
Published: 04 May 2021

In 1876, South Carolina entered its eleventh year of military subjection after the WBTS and its ninth year Radical Republican Reconstruction rule.  During this time, South Carolina had undergone such great humiliation, degradation, and corrupt misrule that it had come to be referred to in the national and international media as “The Prostrate State,” a name which, in reality, was an understatement.

Financially, the State was ruined.  Property values had plummeted, some claiming that the property destruction during the Reconstruction period was more than that of the Civil War itself.  Taxes soared dramatically and much land was confiscated.  State debt increased to the point of being virtually worthless.

By Bob Dill - Publisher of The Times Examiner
Published: 26 April 2021

General Wade Hampton and his Legion fought valiantly and Hampton, although suffering multiple wounds, survived the protracted war. The homeland, however had been subjected to the scorched-earth policy of President Lincoln carried out by General Sherman and his army of “foragers,” who took with them or destroyed everything they could find that was meaningful to the Hampton family and their neighbors. Although all of the eyewitnesses are now dead, they left a recorded history of the terror they experienced during the period from 1864 – 1876. In fact, some of the children, grandchildren and great grandchildren of those eyewitnesses are alive today and recall the harrowing stories passed on to them by their ancestors.

By Bob Dill - Publisher of The Times Examiner
Published: 22 April 2021

General Wade Hampton III stands alone as one of the greatest warriors of all time. General Hampton was wounded more than five times in the service of his country. He raised troops, arms and money for the service of the Confederacy. He lost his fortune, home and a son as a result of his unselfish devotion to his countrymen. He did not however lose a major engagement in the face of the enemy while in command of a group of fighting men. Confederate History is American History and Wade Hampton III is truly one of the greatest Americans of all time.

Wade Hampton entered the Confederate States service shortly after the bombardment of Fort Sumter in Charleston, South Carolina, April 12, 1861. Hampton traveled to Charleston to personally recruit men for his Legion and the Confederacy. He paid for newspapers to publish calls for volunteers around the State. He was concerned that he was too late to recruit as calls went out after secession for volunteers to enter service in the South Carolina Militia. Hampton interviewed men from the Army, Navy, the Citadel Cadets and civilian life for his recruitment. In seven days he had more men than he could use.