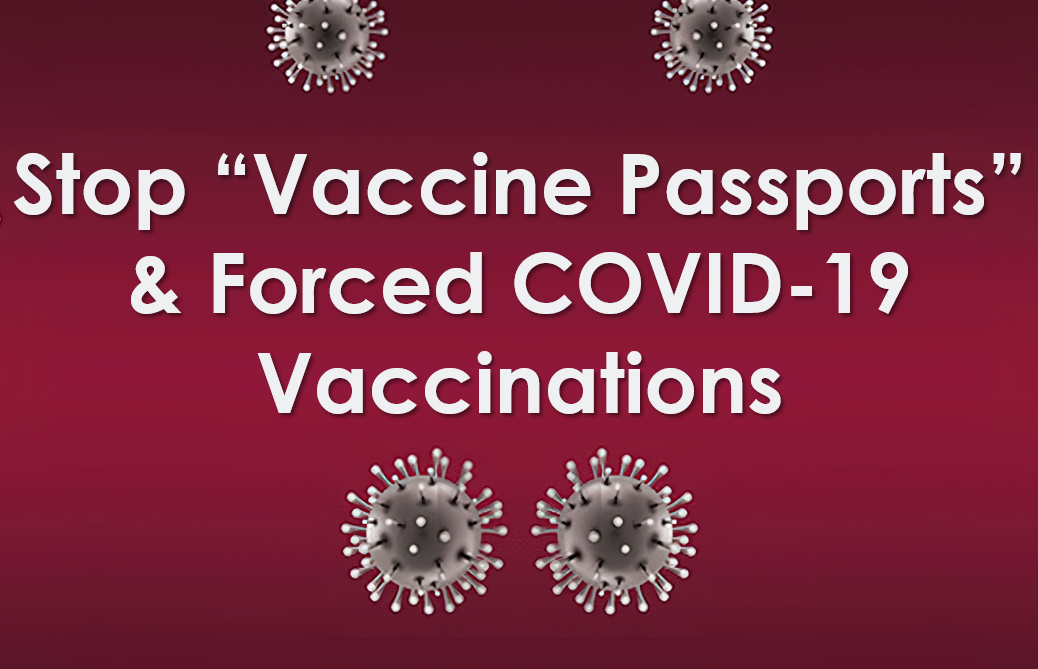 Austria has re-imposed a strict lockdown while ordering every resident to be vaccinated and get a booster shot every six months. Meanwhile, Australia is sending COVID-infected and -exposed individuals to quarantine camps. These trends are seeping into the U.S., with Biden’s unconstitutional “vaccine mandate” decrees, along with his order making it nearly impossible for unvaccinated American citizens to reenter the U.S. from abroad. State legislatures must use their Constitutional authority under Article VI and the 10th Amendment to nullify these tyrannical edicts.

We have reached a critical juncture in our nation’s history, one that will determine the future of our country — and the God-given freedoms that the Constitution guarantees.

On September 9, President Joe Biden announced the most draconian vaccine mandates in U.S. history and signed multiple executive orders implementing them. Among the plethora of edicts, he ordered all federal employees and contractors to get vaccinated, with no alternative option for regular testing. Furthermore, he ordered all private employers with over 100 employees to force their employees to get vaccinated, and he ordered all health facilities receiving Medicare and Medicaid funding to force the vaccine on their employees.

Biden will also pressure schools to force teachers and students to get vaccinated. Altogether, Biden’s mandates will affect an estimated 100 million Americans, though tellingly, they don’t touch illegal aliens.

All of these actions are blatantly unconstitutional and reeking of a fascist/communist dictatorship in which the head of state controls business and the people’s own personhood. Evidently, the Biden regime doesn’t care, as it has spent the last several months scheming how and when to impose this tyranny. In July, for example, the Justice Department wrongly declared vaccine mandates to be legal. Biden will likely continue to crack down on unvaccinated Americans. He is expected to require vaccine mandates for interstate public transportation and air travel — effectively deciding who is and isn’t allowed to travel based on their compliance with federal vaccination orders and regulations. Additionally, mandatory vaccinations for schoolchildren are expected.

Vaccine mandates are not just limited to the federal government. Multiple states and cities, including, but not limited to, California, New York, Illinois, Oregon, Washington, New York City, Los Angeles, San Francisco, and Philadelphia, have also imposed their own authoritarian measures. Meanwhile, private businesses, universities, and even airlines are forcing COVID inoculations. COVID tyranny isn’t limited to left-wing states and “blue” enclaves — unless we act now, every single American will be forced to take multiple injections and follow-up “boosters.”

Globalist elites and other leftists have long wanted mandatory vaccinations without religious or other exemptions, and the push for them began long before COVID-19 appeared. They are pushing for such mandates despite being proven to be ineffective at stopping COVID-19.

As with every other attack on individual liberty since March 2020, the pandemic has served as the perfect excuse for the elites to intensify their onslaught.

The COVID vaccine is a false “solution” to the so-called “pandemic.” As multiple Pfizer scientists have admitted, natural immunity is significantly more effective than the vaccine. However, Big Pharma has a heavy interest in getting people vaccinated, as they are “basically … run on COVID money now.” They, in league with the Deep State, are “making it so inconvenient for unvaccinated people” that they are forced to get vaccinated.

Additionally, multiple countries have implemented — and Big Tech companies are promoting — COVID tracing apps. Furthermore, several countries have implemented COVID-related Digital IDs. Additionally, the media has promoted cellphone COVID tracking, while states like California have created similar programs on a currently “voluntary,” but highly encouraged, basis. Other countries, including Israel and Australia, have actively engaged in cellphone coronavirus tracking. The Deep State is universally pushing for digital and health IDs, which are a clear violation of HIPA laws and American’s right to privacy as guaranteed by the Fourth Amendment. All of this is part of the push for the “Great Reset” and the “New World Order,” which Biden has repeatedly embraced publicly.

It is absolutely imperative that all Americans, regardless of their vaccine status, reject every vaccine mandate and passport scheme, including any type of digital ID or health ID. Furthermore, our state and local officials must forcefully nullify the federal government’s unconstitutional mandates.