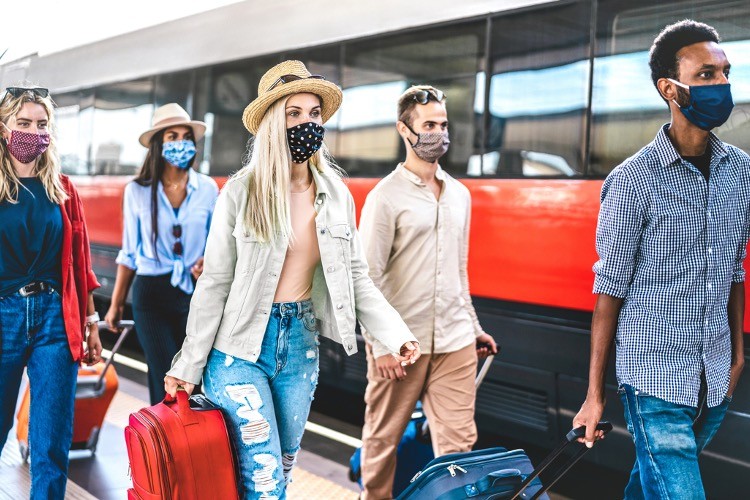 The Department of Justice (DOJ) filed an appeal seeking to overturn a federal court ruling that struck down its federal mask mandate for travelers earlier this week following the CDC evaluation that masks still play an important role in stopping the spread of Covid.

On Wednesday, the nation’s top healthcare agency posted a statement in which it requested the DOJ to appeal the court’s decision. As reported by The New American, Judge Kathryn Kimball Mizelle of the Middle District of Florida ruled on Monday that the CDC overstepped its authority granted to it by the U.S. Congress and did not justify its mask mandate for public transportation systems. The judge noted that the mandate was “arbitrary and capricious.”

The agency disagreed. It stated, “CDC believes this is a lawful order, well within CDC’s legal authority to protect public health. CDC continues to recommend that people wear masks in all indoor public transportation settings,” adding that said diktat “remains necessary for the public health.”

Disregarding the science, the CDC also said that “wearing masks is most beneficial in crowded or poorly ventilated locations, such as the transportation corridor.”

The DOJ was quick to oblige. As reported by Axios, a DOJ spokesperson Anthony Coley announced the move “minutes” after the CDC issued its statement.

“In light of today’s assessment by @CDCgov that an order requiring masking in the transportation corridor remains necessary to protect the public health, the Department has filed a notice of appeal in Health Freedom Defense Fund, Inc., et al., v. Biden, et al.” Coley tweeted.

It remained unclear from the statement whether the department would ask the appeals court to grant an emergency stay to reimpose the mandate immediately.

The White House sent mixed messages on the ruling. President Joe Biden said Tuesday that it was “up to them [travelers]” to decide whether or not to wear a mask, according to the Associated Press.

White House Press Secretary Jen Psaki, however, was critical of the court’s decision, saying that “public health decisions shouldn’t be made by the courts.” Which, of course, was not the case, as the judge merely decided on the legality of the CDC’s order.

Later that day, Psaki softened her message in light of her boss’s statement, saying that “people are not legally bound to wear masks.  So, it is a point in time where it is up to people — it is their choice, in that regard.”

The Transportation Security Administration (TSA) and the CDC officially confirmed they will comply with the decision and will not be enforcing their mask requirement.

Last week, the CDC extended the mask mandate for travel until May 3, arguing that it needed more time to “assess current public health conditions” related to the spread of the omicron variant, especially the BA.2 subvariant.

The mandate, previously due to expire after April 18, has been strictly enforced even as localities and the CDC itself have been easing requirements and recommendations related to mask wearing. All statewide mask mandates had been lifted as of late March.

In that regard, some of public-health experts, such as Senior Scholar at the Johns Hopkins Center for Health Security and Adjunct Assistant Professor at the Johns Hopkins Bloomberg School of Public Health Dr. Amesh Adalja, criticized the travel mask mandate, saying it was “a little bit paradoxical” to have mask mandates on transit while most other public places, with a few exceptions, did not have any.

With the litigation ongoing, the mask mandate will remain suspended. Still, as noted by The Hill, it likely was not public health that was behind the CDC’s move, but rather a need to reaffirm its authority. According to the outlet,

A major reason public health expert[s] had pushed for an appeal is to preserve the CDC’s legal authority for the future. If the current ruling from a federal judge in Florida was not appealed and allowed to stand, they feared it would handcuff the CDC if it needed to reimpose the mandate in response to a more dangerous variant down the line.

The report also pointed out that since roughly half of Americans consider the travel mask mandate outdated, it would be hard for the administration to bring it back in the future.

Private businesses in the transportation industry, including public-transit systems such as railroad operator Amtrak, major airlines, ride-sharing companies Uber and Lyft, as well as many airports, swiftly dropped their masking rules for customers and employees once Mizelle’s decision was made public. The companies stressed that those passengers and staffers are welcome to wear masks if they wish to do so.

Businesses have long seen Covid-related restrictions as a major hurdle to economic recovery, with many companies asking the administration to lift them.

On Monday, City Journal posted graphs showing that mask mandates made virtually no difference in preventing Covid transmission. The rate of Covid-related deaths was even slightly higher in places that had such mandates compared to places that did not.