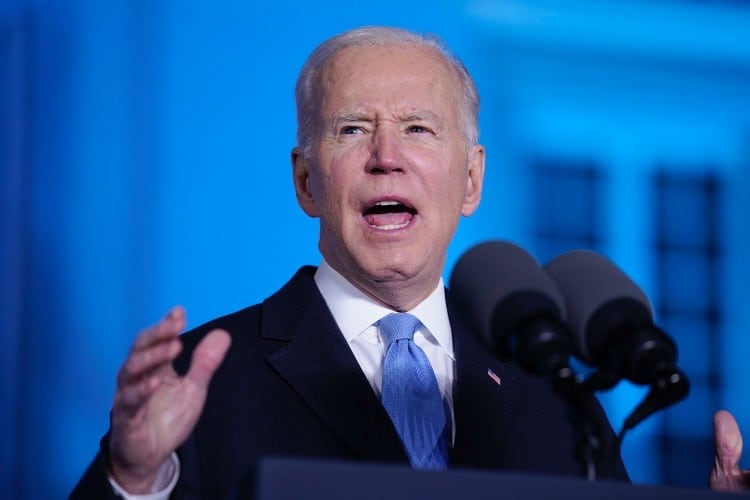 The results of two establishment polls released last week continue to confirm Americans’ increasing disapproval of Joe Biden. Even among Democrats, the polls reflect increasing disenchantment with their president.

The NBC News poll, taken between March 18 and March 22, reported that Biden’s approval rate has cratered to just 40 percent, the lowest of his time in office, and the lowest pollsters have recorded since 2014. Those polled indicated that they want Republicans to take control of Congress in the midterms by 46 percent to 44 percent. The last time that happened, in 2014, Republicans gained 13 seats in the House and flipped nine seats in the Senate.

Biden’s disapproval rating is now at 55 percent, close to one out of every six Americans.

On nearly every issue, Biden and company are underwater. More than seven out of 10 of those polled have “very little” or “just some” confidence in his ability to handle the Russian attack on Ukraine. That includes 43 percent of Democrats.

Republican pollster Bill McInturff of Public Opinions Strategy conducted the survey for NBC along with Democratic pollster Jeff Horwitt of Hart Research Associates. Upon reviewing the findings, McInturff concluded, “What this poll says is that Biden and [the] Democrats are headed for a catastrophic election [in November].”

The poll conducted for the Associated Press (AP) by the NORC Center for Public Affairs Research focused more on how Americans are viewing Biden’s handling, or mishandling, of the crisis in Europe. According to Hannah Fingerhut, writing for the AP, “Only about a quarter are very confident that [Biden] has the ability to handle a crisis, promote U.S. standing in the world, or effectively manage the U.S. military.”

In addition, those polled are increasingly nervous about direct American involvement in that crisis, with nearly half either “extremely” or “very” concerned about America being drawn into a war with Russia. And an increasing number are concerned that nuclear weapons will be used in such a war.

According to RealClear Politics, there has been little “bounce” for Biden as he has ramped up his war rhetoric. His approval rating briefly touched 45 percent earlier this month, but now rests about where it was before: at 41.1 percent approving and 53.2 disapproving — a negative spread of 12.1 points.

RCP also reports that barely a quarter of Americans think the country is “headed in the right direction,” while two out of three think the nation is on the “wrong track” under Biden.

These two polls were commissioned by the mainstream media, who have slavishly supported Biden from the beginning. The fact that the results cut across that support lends even more credibility to the proposition — and outlook — that the Democrats are, in the words of Republican pollster McInturff, “headed for a catastrophic election [in November].”

Bob Adelmann: http://LightFromTheRight.com - An Ivy League graduate and former investment advisor, Bob is a regular contributor to The New American, writing primarily on economics and politics. He can be reached at This email address is being protected from spambots. You need JavaScript enabled to view it..